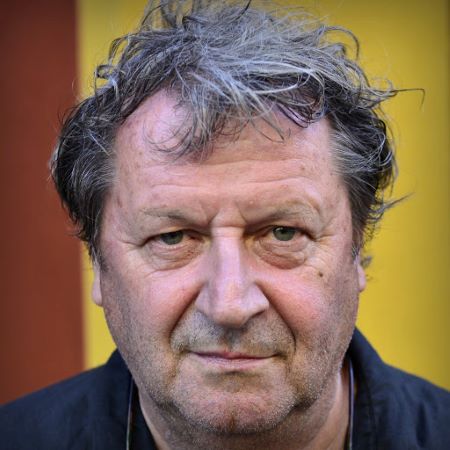 Herman van Bergen and The Cathedral of Thorns
He was born in the Netherlands in 1953 and came to Curaçao in 1989. He is mostly known locally for the ‘Curaçao Art Calendar’ for which he yearly supplies 12 watercolors with Curaçao scenes like the monuments of Willemstad, the monumental plantation houses or the white sandy beaches.

His other artistic work is known and appreciated far beyond the borders of the island. His oil paintings as well as his three dimensional work with the ‘sumpiñas’, the thorn of the local tree, Acacia Tortuosa. Van Bergen uses the thorn to create sculptures of varying sizes. In November 2012, after almost a decade of persistent lobbying, he has finally received approval for his boldest venture: a Cathedral of Thorns to be realized in 2014 on the premises of Landhuis Bloemhof.

The ultimate Thorn Sculpture concept
The ‘Cathedral of Thorns’ will be a massive lighted labyrinth for the visitor to walk through and experience an artistic journey that speaks of history, but takes life in a new and positive direction. The thorns represent the painful times of the past but the light shining through the woven walls will illuminate a future honoring this history. Seen from afar the walls will form the profile of an Indian face from a now lost people and they will also symbolize the control and exploitation of human beings during the period of Slavery.
Yet the thorns become beautiful as they are now being used in a creative way. The maze they form will hold objects of contemporary art from guest-artists in order to express sharing and collaboration which is the beautiful side of human nature. A scale model of the project is on display in the recently opened Rif Fort Museum.

Beso di Kunuku.
Beso di Kunuku is a wall piece by Herman van Bergen.  A mouth, made of thorns, at intervals lights up and offers prickly kisses, while producing a loud kissing-sound. The action is activated by movement and in a quiet museum the sound may startle unsuspecting visitors. Beso di Kunuku was presented to the His Majesty King Willem-Alexander of the Netherlands and Queen Máxima, at their visit to Curaçao, November 18, 2013.  The artwork was the national gift from Curaçao to the King and Queen.