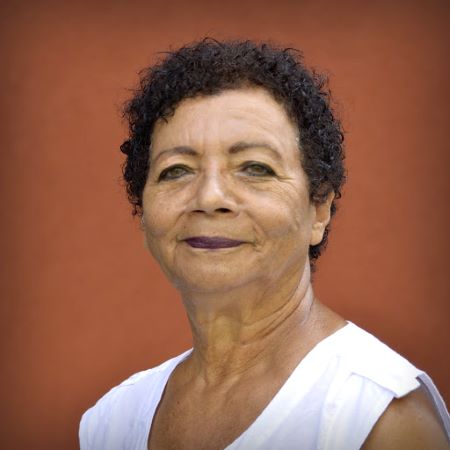 Sculptress Hortence Brouwn was born in Surinam and has been living and working in Curaçao since 1973.

Women and music are her special source of inspiration. She listens to classical music while working in her studio and music is always part of the opening act for her solo exhibitions. For Hortence women have always been strong, but in modern times have the possibility to  play an even more visible role in society. She expresses her pride in womanhood in many of her sculptures.

Hortence Brouwn
“Since 1996, I have been working fulltime as a sculptor. I am self-taught, but did attend several workshops. The ones in New York and Italy really helped me develop my skills further.
Over the years I have had several exhibitions, mainly in The Netherlands and the Netherlands Antilles, two of which I would like to point out to you: With warmth and enthusiasm I look back on the exhibition I had in 2004, in the garden of Hotel Karel V, in Utrecht. The other exhibition that I fondly remember was in the year 2005 at ‘Kas di Alma Blou’ in Curaçao, together with glass artist Melvin Anderson from The Netherlands.
With pride I can say that various articles were written about me and my work. I would especially like to mention that an article about me appeared in an in-flight magazine from a Jamaican Airline. A glossy magazine from Trinidad also wrote about me, which generated several commissions from Trinidad.”

Inspiration
“Music is very important to me. I always listen to music while working in my studio, especially classical music. Moreover, music always plays  a special role at the opening of my exhibitions, and is therefore connected to my work.

Another source of inspiration for me are women. I feel that women have always been strong but have the possibilities today to play an even more important role in our society. I am very proud to be a woman and this shows in my sculptures. I have grown in my work and am independent. In the past I would ask someone do drill a hole or help me in some other way… but nowadays I am proud to say that I do everything myself.”