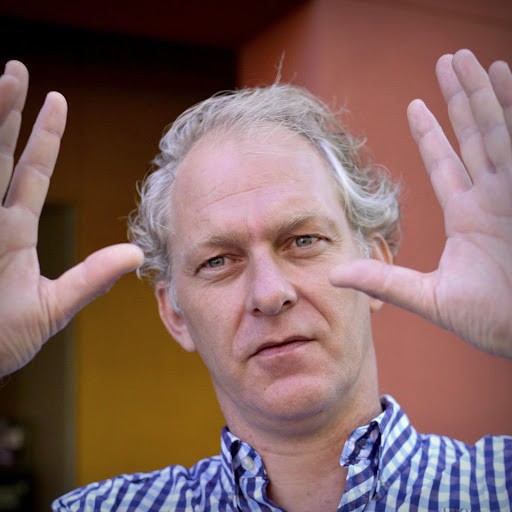 Marcel van Duijneveldt (Netherlands, 1970) came to Curaçao in 2001. He did his training at the Art academy in Leeuwarden, the Netherlands. In 2000 he visited Curaçao for the first time. This trip had a profound impact on him and prompted his move to the Caribbean. Since 2003 he divides his time between teaching at high school Radulphus College and working in his art studio.

Surrealist artist
Van Duijneveldt is a surrealist who applies different disciplines in his artistic work: painting, drawing, collage, assembly and sculpting. Initially his paintings were realistic but over time more and more abstract elements appeared. His most recent paintings are a balanced combination of abstraction and realism. His assemblies on the other hand, like the delicate sculpture series of goats ‘the Hybrids’, are highly figurative.

Inspiration
His main sources of inspiration are found in nature: clouds, trees, roots and landscapes like the ‘Hato plains’ in Curaçao. Marcel van Duijneveldt uses these elements to depict mythical stories from the past or images of the future. Clouds are almost always present in his paintings. “Clouds fascinate me. I can’t stop painting them. They are like Von Goethe (1749-1832) remarked “Movers of the soul’s secret thoughts”.
The oil refinery in Curaçao is another source of inspiration for him and appears in many of his paintings and black-and-white drawings. These artworks are his caustic comment on the local chemical industry because of the heavy pollution and damage it causes to his beloved nature and public health in general.

The Hybrids and Art Vandalé
In 2006 Rotary Club Willemstad organized a successful fundraising of life size polyester goats called ‘Arte Bèbè’, in 2009 followed by ‘Baby Bèbè’. For the project in 2009, 150 small polyester goats where given to a selection of schools and visual artists to be painted and transformed into unique art pieces for a following auction-edition. After the event Van Duijneveldt encountered a put aside box filled with broken and discarded polyester goats. These he transformed in to the series ‘Hybrids’,  delicately reconstructed goats representing mythological and fantasy creatures.
His earlier assemblies series ‘Art Vandalé’ features small, square paintings with tiny cherub figures attached, caught in some or other mischievous act. Although these pieces appear to be just humorous and meant to make us smile there is often a serious undertone, carrying Van Duijneveldt’s critical view of society.
Both series started out as experiments, but overtime became an important chapter in his oeuvre. They enabled him to incorporate his interest for scrap material and love for science fiction into his artistic work. His method to combine 2-dimensional paintings with 3-dimensional objects made of scrap materials, he later named ‘Tech Art’.