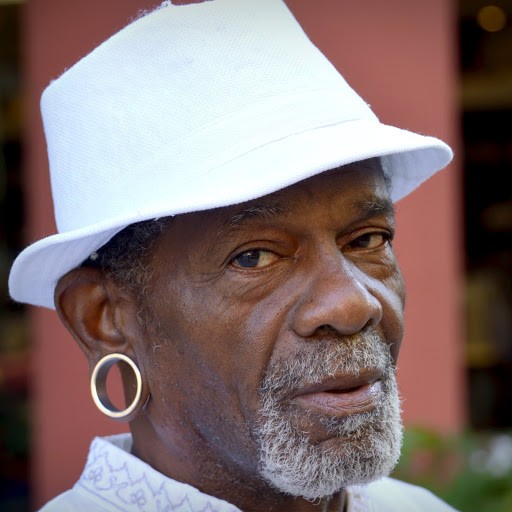 Visual artist Yubi Kirindongo (Curaçao, 1946) is internationally renowned for his artworks made of chrome car bumpers and other discarded materials like iron or rubber. His ingenuity, humor and craftsmanship are acclaimed and unsurpassed. Artworks made by Yubi are much in demand, both locally and abroad.

Yubi has now been an artist for almost 40 years. In 1973 he participated in a fairly large visual art exhibit in a church in The Hague, the Haagse Kerk. One of the newspapers mentioned that out of the 300 participants, the works of 6 newcomers were standing out and worth mentioning. When Yubi realized that he was among those six it made him not only feel good, but it also gave him a determination to further pursue his artistic career.

Initially Yubi set out to become a painter. His first exhibit on Curaçao, in 1975 at Gallery RG, was a series of oil paintings. He switched to three dimensional art only after he discovered the possibilities of the chrome car bumpers. This material was steadily available, at no costs and in all kinds of different sizes. After working with it for a little while the bumpers somehow clung to him. The uncommon material allowed him to express his artistry more freely and add a unique subtleness to his work.

At this moment (2012) art curator and writer Thomas Meijer zu Schlochtern from the Netherlands is doing research for a biography. He shared with Yubi that his art is much in demand and well appreciated (gewild en geliefd). He is economically and artistically quite successful. His fans and buyers have great appreciation for the ingenuity and rough simplicity of his sculptures. Part of his artistic produce is sold to tourists and foreigners from all parts of the world. These pieces are naturally taken away with the buyers, off the island.

Yubi Kirindongo loves the island of Curaçao. He built the house he lives in by himself, with his own hands. The building includes a gallery to display his art, but the whole ensemble of house, studio and sculpture garden also functions as a ‘Galeria’ or museum. He points out that Curaçao is in dire need of a museum for the visual arts and an art academy. The government of Curaçao doesn’t seem to recognize the duty is has to provide the island with a local Museum of Modern Art.

The same Government must in his eyes also take up it’s responsibility in adding art to public spaces like traffic squares and round a bouts. These are mostly designed with concrete and greenery whilst so much more is possible and needed. Yubi appeals to the Government to fill these locations with art because otherwise the island will be left behind in current global development and even the tax payer is not receiving return value. He emphasizes that it’s his opinion that if Curaçao is able to beautify public space it can really show tourists and the world who and what she is.

2014 Yubi Kirindongo. Rebel in Art and Soul
In 2014 Yubi is honored with a solo show in Museum Beelden aan Zee, in The Hague, the Netherlands. Yubi Kirindongo.Rebel in Art and Soul showed is work from 1973 till 2013: 40 years of being an exceptional artist. The oeuvre catalogue, written by Thomas Meijer zu Schlochtern, was presented at the opening of the exhibition. The show ran from January 30 till June 1, 2014 and attracted 30.000 visitors.