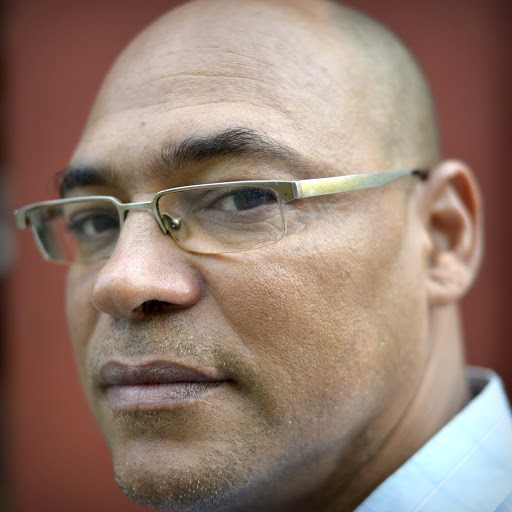 His art studio is located in Willemstad, in one of the vaults of the old fort near the entrance of the harbor. Here he creates his famous coral stone sculptures and teaches art and drawing class to adults and youngsters.

As a small boy, living at Soto on the Western part of Curaçao, Ashley Mauricia (Aruba, 1961) discovers drawing. With tips and instructions from an older playmate he starts experimenting with pencil and paper, investigating all the possibilities of these simplest of tools. Soon, drawing becomes an escape from the real world. His imagination is poured out through his fingers, drawing after drawing.

Artistic ambitions
As a teen Ashley joins his father in Califoria (US) and enrolls in high school enlisting for every creative course possible. At the age of 20 he decides to become an artist. When his father refuses to back his artistic ambitions, he returns to Curaçao.
Ashley has in the meantime become a Rastafarian, and is called Hollywood. He has dreadlocks and wears the traditional Rastafarian clothes. With no money and no formal artistic training he still manages to obtain a commission at the then newly founded marine centre, Sea Aquarium at Bapor Kibrá. Ashley paints the background for all the fish tanks and other wall decorations on the premises. He spends 2 years working at this centre.

Through his own persistence he finally receives a scolarship and starts at the Escuelas de Artes Visuales Cristobal Rojas in Caracas. After 2 and a half years additional schooling in Merida, he graduates in 1991 as Licensiado en Artes Plasticas, menshon Cultura. He is now a certified artist.
His first solo exhibit takes place one year before he formally finishes his training. It’s called ‘Mi Prome Bia’ (My First Time) and is received with harsh criticism in the local newspaper ‘Amigoe’. Taking the comments to heart, he launches a new exhibit in 1991. This time the same Amigoe journalist writes a review with the heading ‘Hollywood slaat terug’ (Hollywood Strikes Back).

Teaching
In 1992 Ashley starts working as a teacher at the local Art Academy “Akademia di Arte” where he also becomes a board member. Regretfully the Art Academy closes down in 2005.  Nowadays he holds a full time job teaching at the VSBO. His own art studio, ‘E-Studio di Arte’ is located in Punda at Plaza Piar and here he teaches art classes to youngsters and adults. The studio has enough room for ‘artist in residence’ projects.

The longest painting
Ashley Mauricia’s project Curaçao World’s Longest Painting was organized in 2013 by the “Curacao World Largest Painting Foundation”.  The theme for the event was Nature and I in Liberty, Ami ku mi naturalesa den libertad. In 2013 the Dutch Kingdom commemorated the 150th Anniversary of Abolition of Slavery. Curaçao World’s Longest Painting was proclaimed a National Event in Curaçao and the theme of this project relates to the Abolition and emancipation of the slaves.
The organization can be reached at cur.longestpainting@hotmail.com

2013: Text and photographs by Josée Thissen-Rojer