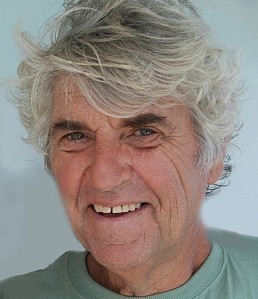 Ateliers ‘63 is founded in 1963 in the Dutch city Haarlem by artists dissatisfied with the curricula at fine art academies. Back then, these artists felt that direct contact between established artists and students should provide the starting artist with a better foundation.
This new approach proves itself and Atelier ’63 still exists, nowadays known as De Ateliers. Renowned Dutch artists like Edgar Fernhout, Jan Dibbets, Stanley Brouwn, and Carel Visser developed the concept further, transforming it into an established educational institution.

After 4 years Bert Nienhuis leaves the academy with the intention to make a living from his art. But at the end of the Sixties, and the beginning of the Seventies it proves hard to provide for his family as an artist. He, therefore, decides to join his father in the family business Nienhuis Montessori. After an impressive 30-year career he steps back and moves to France. He settles in a small mountain village and again starts to paint. Bert mainly paints landscapes and the delicate colors of his surroundings in France inspired him to create numerous land- and cityscapes. In 2009 he relocates to Curaçao and the first year is spent exploring the island and the new scenery with its bright colors. The island challenges his palette, his technique, and his imagination. After some adjustment, he starts creating oil paintings and watercolors in his impressionist style, but now in bright, explosive colors.

His series Curaçao Impression are abstract impressionistic artworks of the inland bay at St. Joris or sailing boats at sea. He captures the mangroves at the seaside, the Handelskade in Punda, and the traditional cottages in bright and vivid watercolors. His visit to Klein Curaçao, a small uninhabited island South of Curaçao, results in a mixed media painting ‘Lighthouse Klein Curaçao’, with a dominating blue sky, showing the island’s flat landscape and lighthouse construction. Bert Nienhuis also copies the bougainvillea from his own garden, generously using color to create the deep hues of this tropical flower.

His move to the Caribbean has not changed his subject, for he is still mostly creating land- and city scapes, but it has dramatically changed his palette.