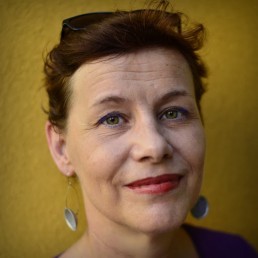 Marlies Schoenmakers (1961) was born in Eindhoven, the Netherlands. When she came to Curaçao in 1995 she immediately fell in love with the Caribbean atmosphere.

” The flowing, undulating lines of nature are my primary source of inspiration. The line is the beginning of everything. My work captures the sensuality of form and movement.
My pieces retain their natural coloring because I want to focus on the suppleness of form and line. Only when it is absolutely necessary I will cover an object with just a thin layer of engobe or glaze.”