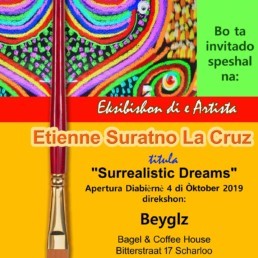 Friends, family and other invitees gathered Friday evening, October 4, 2019, at Beyglz for the opening of a new exhibition at the Bagels and Coffee House in Scharloo Abou:

Etienne Suratno La Cruz is exhibiting a series of colorful prints which he makes on his computer. His drawings are made with an app and printed on canvas or paper. Each drawing is printed max 3 times, but the prints are not numbered.

In his opening words Etienne pointed out that he never starts with a plan in mind, but creates while drawing. “I simply start with something and then it becomes something.”

Etienne began his introduction by stating that his speech would be short as he wasn’t used any more to ‘roep om’ (do announcements) like in the past, when he was working as a purser.

He then explained that he had taken lessons with Papy Adriana (of Adriana’s Academy for Art) for a while but had soon realized that he wanted to express himself differently and had therefor quit classes at Papy’s. Etienne never knew that after he left Papy still kept track of  his developments, until one day Papy told him that it was time for him to present his work and prepare for an exhibition.

Etienne hadn’t realized beforehand how much work would be involved with this endeavour. Grateful for reaching the milestone, he dedicated the event to his daughter Somali and his dear friend Nina.

He wrapped his speech up by thanking everybody for their presence and inviting his guests to enjoy his work displayed inside at Beyglz.

Most of the prints displayed are colorful drawings against a black background. The prints grouped together in the corridor have solid pastel-colored backgrounds. The prints are decorative and filled with fishes, birds, plantlike forms and/or humanlike figures. Etienne’s drawings are playful, his lines broad and his colors bold. The interaction between the objects and the many details sometimes give it a crowded appearance. The drawings have a plain ‘child-like’ quality which is an attractive feature.

The drawings printed on canvas were neatly displayed on the walls. The large table where at the opening the prints on paper were thrown together and offered for 75 Naf, was definitely not so subtle. 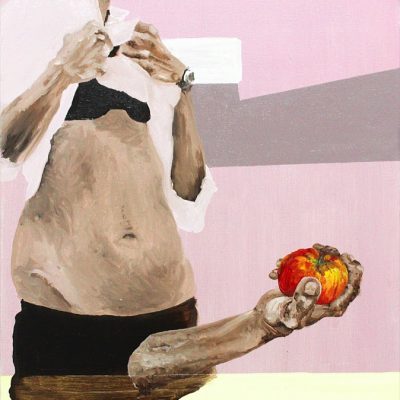 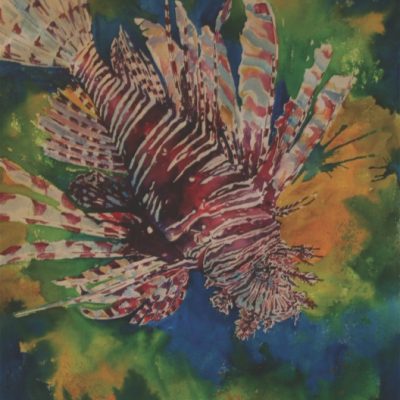 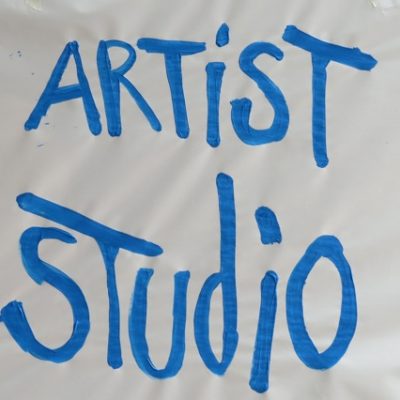 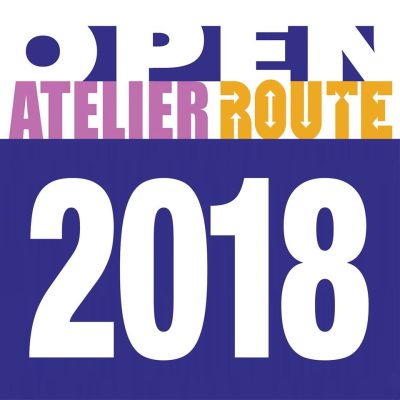