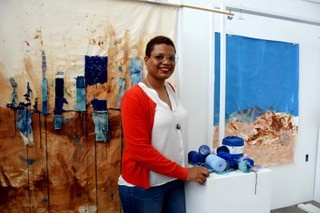 The current COVID-19 pandemic has shaken up everyone’s daily lives to some extent, and things are no different in the visual arts sector. In this series, we visit local visual artists and ask what changes they’ve experienced and how they’re dealing with the situation. This time, we’re in Ailsa Anastatia’s studio.

Ailsa Anastatia (Curaçao, 1978) is a visual artist, trained at the Academy of Visual Education in Tilburg and at the Amsterdam School of the Arts. Her work can frequently be seen at group exhibitions and events. She’s been back in Curaçao since 2005 and within the art world she’s known for her special installations, which are subdued but have a special aesthetic effect.

To express her ideas, she uses various materials and works with large quantities, in which each component is unique. By grouping, stacking, and sequencing, she creates a cadence that leads to wonder. Sometimes she works small and modestly, and other times she fills the space. Yet it’s always clear that even the smallest piece is used and placed very consciously. Her work is intriguing, but it’s more than just a beautiful image because it offers room for contemplation. Her working methods are recognizable in her sculptures and two-dimensional works, as well as in the structure of her exhibitions.

Ailsa uses a variety of materials such as wood, glass, earth, wool, and existing objects. The important thing is that it fits the idea or message she wants to portray at that moment. Because she uses materials in an original way, it’s as if it changes their properties. She applies fabric paint to make it look like she used watercolor paint. Lines in her work are not painted but embroidered with yarn. The cement looks like pottery. It’s only when you study the work more closely that you notice that you have been unknowingly ‘tricked’ by the sophistication of her technique.

In 2019, she presents a solo exhibition in the former chapel of Huize Scherpenheuvel, entitled ‘Fragments of an Unfolding Journey’. It’s a strong statement, in which Ailsa displays her visual language in a fascinating way. There’s also a new development happening in her oeuvre. In contrast to previous exhibitions, where the focus was on architecture and space, she now uses the environment as a starting point. She increasingly steps away from the straight, clean lines of her architectural period and explores the irregular, more organic lines, which are short and whimsical.

The work ‘Where the water touches the earth’ is a four-part work, measuring 2 by 6.5 meters. Four large sheets of paper hang in a tight framework that was especially made for it. The coastline and the surf are depicted in an abstracted form on the four sheets. Because the paper is only attached at the top, the sheets move up and down gently, which provides an extra dimension to the work. One part of this four-panel piece still hangs in her studio, and that’s the part where the sea is depicted. The movement of the water is captured in small blue fragments, outlined with pastel chalk. The fragments vary in size. Scattered over the middle part, one area is covered in gold leaf. It clearly shows how Ailsa concentrates the focus of this work in the center of the canvas and releases it in a very controlled manner towards the bottom and top. Even without the other three parts, this piece remains captivating.

Ailsa has been teaching Cultural and Artistic Education at the Kolegio Alejandro Paula since 2008. When the first lockdown is announced in March 2020, she’s fully engaged in guiding her senior students through their final exams. Although the situation is far from normal, the schools are expected to complete everything as they normally do. There are no guidelines for this, and Ailsa uses her creativity to support her students and coach them to the finish line. It’s a stressful period, on the one hand, due to the abrupt introduction of distance learning, and on the other hand also due to the ever-changing developments surrounding the pandemic.

When summer vacation arrives, Ailsa decides to change course completely. She ignores the world around her and retreats to her studio to prepare for her participation in an art route in the Netherlands, for which she’s been invited. She quickly finds herself unable to concentrate on creating new work. The last few months have been stressful and making that mental switch all at once is impossible. She’s forced to spend her summer vacation in a different way. It feels very strange for Ailsa, and this is the first time in her career that she’s not working in her studio during her free time.

Ailsa has a studio at home where she works every day and being at home is no problem for her. Still, the restrictions on freedom due to the lockdown, and the state of emergency, feel unreal to her. Especially during the last lockdown, the question of how it could have come to this is an issue that is increasingly preoccupying her.

During this latest lockdown, it’s also difficult to get materials, because specialty shops are closed and that’s very a very critical issue because, in January 2021, Ailsa starts preparing for her participation in the Kunstroute Open Stal Oldeberkoop, in the Netherlands, which takes place from July 17th through August 15th, 2021, with the title ‘Imagine’. It’s the oldest art route in the Netherlands, and in 2021 it will be organized for the 50th time. The theme for this special anniversary edition is ‘Peace, freedom, and tolerance’.

In 2020, the way flora and fauna responded to the lockdown was noticeable all over the world. Ailsa noticed how even her own dogs were more comfortable with the reduction of traffic noise in the area, which fascinated her. In her solo exhibition in 2019, she was already working on the interaction between people and nature. She builds on this concept in the new works she creates for the art route in Oldeberkoop. The sea returns as a metaphor because our relationship with the water is important. We are surrounded by it so it’s also a passageway. Our ancestors came here by water. Refugees enter our country by water.

One of the works she’s creating features the coastline again. Waves crash against the shore. She actually uses dirt for the color of the coast and she’s busy outlining the waves with wool. She points out that it’s a work in progress, but that people who would see this piece right now would think that she’s returned to her clean, architectural lines. But that’s not the case, she is busy shaping the water feature. This confusion amuses her and she’s looking forward to the art route for which Ailsa and fellow artist Avantia Damberg have been selected.

Ailsa is well aware that what she creates is not necessarily ideal for commercial purposes. But it’s important to her that she can create freely and independently. Creating art is a way of communicating. Although she lets everyone interpret and appreciate her works in their own way, she knows that her works radiate positivism and inspire people. That’s essentially the message she puts into them.

Curaçao is her home, with all the charm of the colors and shapes around her, the combination of old and new, the local dishes, and the people who live here. Ailsa cherishes the island where she was raised and returned to after college. There’s not much we can do to change the fact that the pandemic now has us in its grip, but we shouldn’t cling to the way things were. After everything that has happened, it’s so important to be open to making adjustments now. Stagnation is regression, so we must focus on the future. Ailsa hopes that we, as a community, will be able to pick ourselves up and move on

This post was made possible by the financial support of Prins Bernhard Cultuurfonds Caribisch Gebied.
Previously published in Amigoe, May 25, 2021. Photographs by Ken Wong.

This text, in whole or part, may only be reproduced with reference to the source: Curaçao Art®️, www.curacao-art.com, and the author. Copyright of the artworks remains the property of the artist. 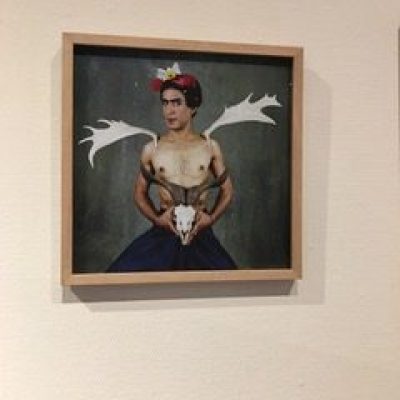 Frida Kahlo as the inspiration for photographer Diana Blok. 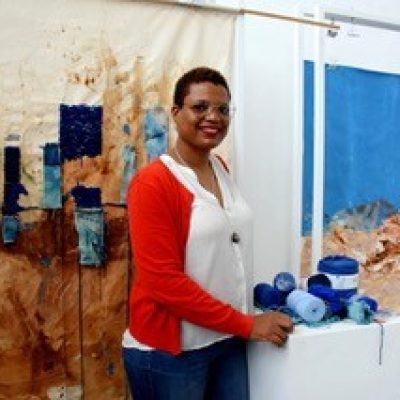 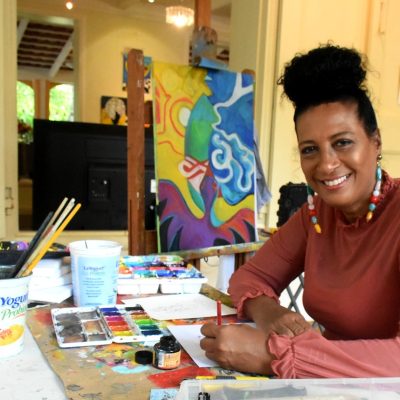 Suzet Rosaria. The Game of Life. 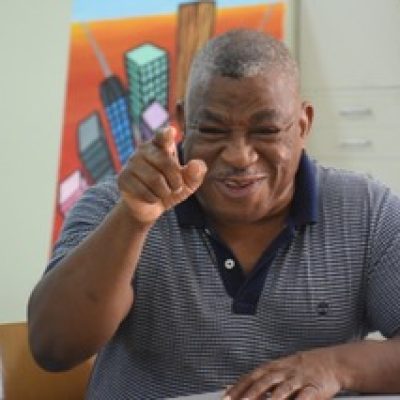