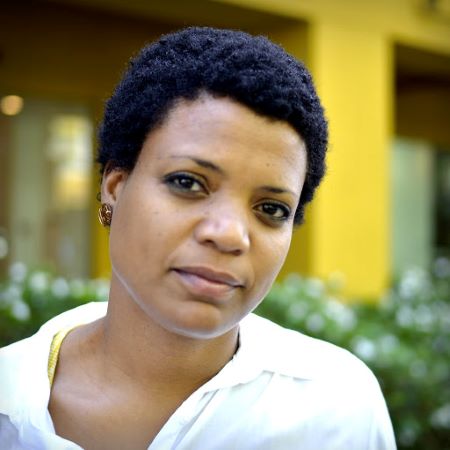 From 1997 to 2001, she attended the Academie voor Beeldende Vorming in Tilburg, the Netherlands. After obtaining her first teacher’s degree, she enrolled in the Amsterdamse Hogeschool voor de Kunsten (Art academy Amsterdam) in 2001. Three years later, she received her degree as a first-grade teacher for Visual arts and Design (2004).

Her paintings are created in series, and her central theme is space. Space confirms her existence, for space defines form. Through colors and segments, space is divided into separate parts. Her technique varies depending on the vision she wants to impart.

Ailsa’s first series, after finishing her training, was called ‘Space and Harmony’ and dealt with empty spaces and the connection between man and nature. With these artworks, Ailsa wanted to invite the viewer to retreat from daily activities or chores and pause for a while in the tranquil spaces she offered. Her second series, ‘Inner Space’ showed abstract spaces, which gave the spectator freedom for an own interpretation of the paintings.

In her later series, ‘Look at Me’ (2010), she invites the viewer to look with her through the lens. But the vision is not focused and remains disturbed by the distractions around the viewing point. These paintings show the inability of man to focus and stay focused, even with concentration.

During the Open Atelier Route of 2011, her series was inspired by the renovation of her new studio. Space is defined by the naked architectural structure of the building, which became visible during the renovation process. This exhibit was titled ‘The Reconstruction of the Rebirth’.

Ailsa Anastasia has taught at Kolegio A. de Paula (KAP) since 2007. In 2011 she attended an artist-in-residence program in Amsterdam, the Netherlands: ‘Sharing Identities’.  In December 2012, she taught a particular course for  Instituto Buena Bista (IBB) students in Curaçao.

The following three photographs were taken during the ‘Open Atelier Route’ on Curaçao in 2011 at her new studio. The exhibit was titled ‘The Reconstruction of the Rebirth’.

2013: Text and photographs by Josée Thissen-Rojer. The above text may be reproduced only with reference to the source and author: Curaçao Art®️ www.curacao-art.com. Image rights of the artworks remain the property of the artist.